Please pardon the appearance of our website, as we undergo design changes to improve it. Thank you!

When the Great Recession of 2008 hit, small and medium sized businesses suffered a sharp reduction in borrowing ability as the large banks, which have come to dominate our credit markets over the past two decades, sharply reduced their lending to these businesses. Instead, the large banks used the government bail-out money — given them for the purpose of stimulating of the economy through lending — to invest in the more lucrative but riskier derivative market, or to simply to take bad subprime mortgages off their books. Without access to affordable credit, small and medium sized businesses across the country laid off workers, stopped buying from suppliers, and went out of business. This deepened the crisis, pushing community banks’ loan portfolios into distress and state and local government budgets into deficit.

In Colorado, as in most other states, falling tax receipts have forced our state and and local governments to cut back on public services at the precise moment when their residents and local businesses needed them most. This damaging cycle has not abated in most of the country, and only partially in Colorado, despite the recovery of the handful of Wall Street financial firms, who set off this crisis in the first place.

This financial crisis and its aftermath have exposed how little control communities have over their local economies. When economic disasters hit, state and municipal policy makers have few tools at their disposal to stop the flight of money out of their local economies and have no reliable way to keep money flowing to local banks, local businesses, and local governments. 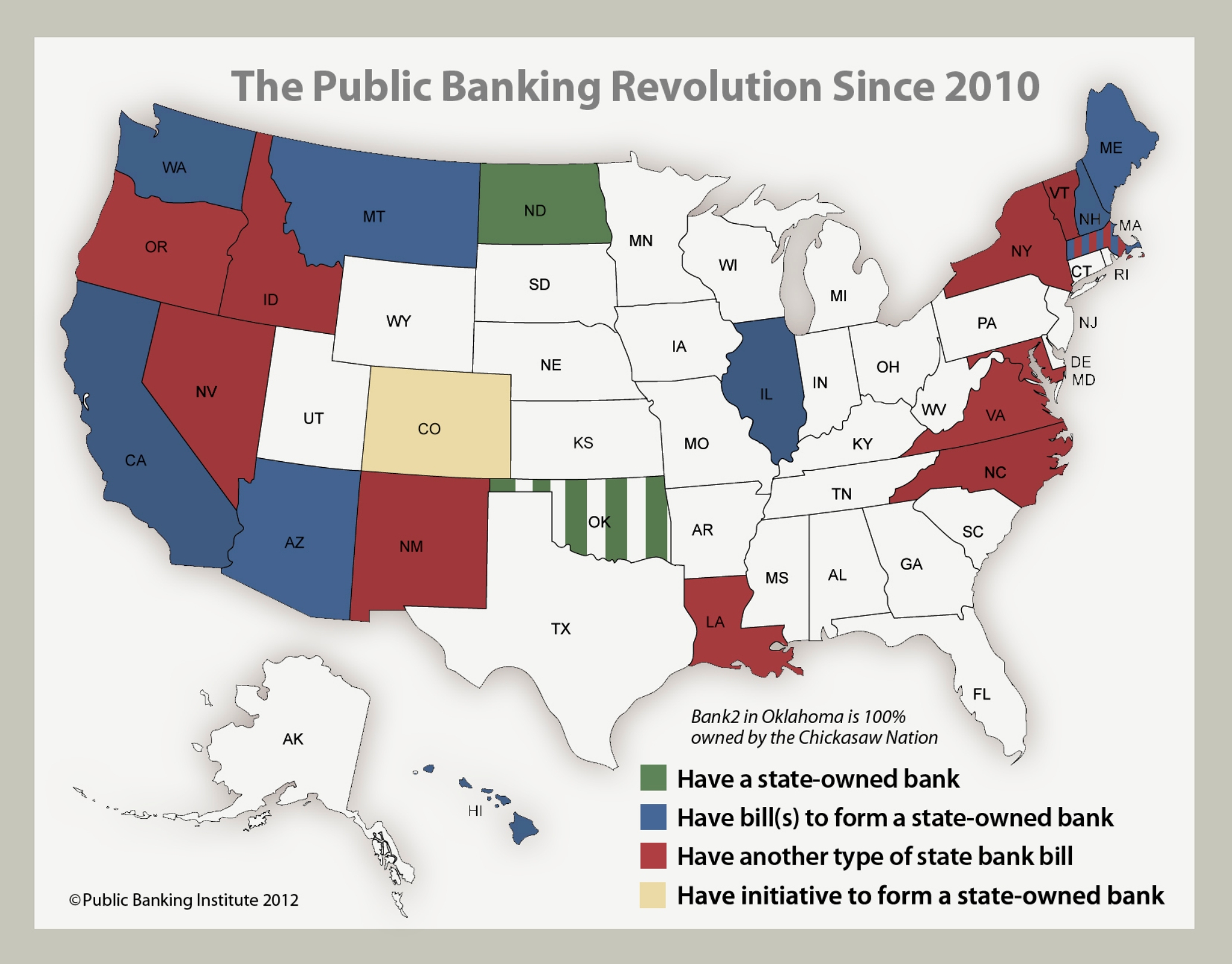 As a result, states across the country have begun considering proposals to move general revenue deposits out of the large multi-national banks that dominate the banking business today, and use them to capitalize a new local public structure, a public bank, with the mission of growing their local economies. These public banks — also known as partnership banks — would protect government investment and be accountable to the public.

Such a bank could be modeled on the 98-year-old and very successful publicly owned Bank of North Dakota (BND), which over the period of its existence has contributed to the health of local community banks, state budgets, medium and small businesses, and job growth. In fact, North Dakota was the only state to not take an economic downturn during the Great Recession of 2008. While other states were experiencing large government budget deficits and sharp reductions in investment in local economies, the BND increased its lending into the economy, employment actually increased, and the state experienced record budget surpluses.

RMPBI is spearheading a new and growing movement in Colorado to educate citizens and public officials concerning the many remarkable advantages to cities, counties, and the state of establishing their own public banks. The movement is filled with people of diverse backgrounds and interests who are deeply committed to make major improvements our financial system in order to establish a strong and stable economy that serves the citizens of Colorado rather than primarily serving the interests of officers and shareholders of major Wall Street banks. We welcome you to join our movement, which is as big in scope and courage as the Civil Rights movement of the 1950s and 60s. The Denver Foundation has provided substantial additional grants to RMPBI which are helping it expand the public banking movement in cities, counties, and the state of Colorado.

The January 2015 conference informed Colorado citizens, public officials and their constituents – about:

Get updates on public banking efforts in Colorado and how you can help bring our money home!

You have Successfully Subscribed!