Earl Staelin, board member of Be The Change — USA, and a leader in its initiative to establish public banks in Colorado, Banking On Colorado, wrote an Op-Ed for the Denver Post, entitled Colorado needs a public bank, which appeared in the print edition of the Denver Post on Sunday, February 15, 2015. In response to that Op-Ed, Mark A. Calabria, of the conservative think tank, the CATO Institute, wrote the following Op-Ed, appearing in the Thursday, March 5, 2015 print edition of the Denver Post — rebutting Mr. Staelins Op-Ed.

You will see as you read this piece that Mr. Calabria is either inaccurate in his statement of fact or he so cherry-picks evidence in support his opinion that this is not a credible rebuttal. We will discuss the problems with this Op-Ed paragraph-by-paragraph at Banking on Colorado Response.

Colorado would be wise to reject state-owned banking 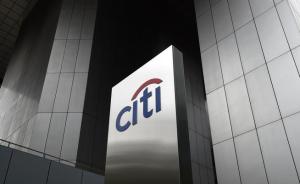 Borrowers and savers have lots to choose from, with the emphasis on choice. There’s no good reason to force these institutions to compete with a state-owned “political” bank. (Timothy A. Clary, AFP/Getty Images)

The financial crisis and its associated rescues have left many of us, including myself, angry at our nation’s largest banks. The bailouts were unfair, with one set of rules for Wall Street and another set for Main Street. This understandable frustration has led some to believe the solution can be found in a state-owned bank. While we must search for a sustainable solution to the current flaws in our financial system, creating a state-run bank is a cure worse than the disease.

Public banks have a long history, with the first known public bank established in Genoa, Italy in 1408. Its mission statement could have been taken from Occupy Wall Street, with one of its purposes “…to eradicate certain bad practices of bankers, who are so devoted to their own interest that they barely blush as they ruin the public good.” Like many public banks that followed, Genoa’s Banco di San Giorgio later failed in part due to its loans to government.

More recently the first American public bank was established in Vermont in 1806. It failed six years later, costing the citizens of Vermont the equivalent of almost $3 billion in today’s dollars. Seven other states established public banks in the 1800s, with the last of these, the Bank of the State of Alabama, failing in 1845. These banks were characterized by rampant corruption. As South Carolina legislator John Felder reflected in 1846, “Whenever … such cohabitation exists, the bank runs into politics and politicians run into the bank and foul disease and corruption ensue … .”

The vast majority of funding for the Bank of North Dakota comes from deposits resulting from tax and fee collections. The bank essentially offers below market rate loans by paying lower deposit rates back to the State, ultimately costing the taxpayer. It’s not magic. It is simply a hidden subsidy. Rarely is such a lack of transparency in the interests of the general public.

These are not simply theoretical curiosities. Academic research actually tells us what happens when the government owns banks. The most comprehensive study, from economists at Harvard University, finds “that higher government ownership of banks is associated with slower subsequent development of the financial system, lower economic growth, and, in particular, lower growth of productivity.” Keep in mind that productivity is ultimately what drives wage growth. This research has been extended in a recent paper that attributes much of the worse outcomes to political interference in bank lending decisions.

When the government owns the banks, lending decisions become increasingly driven by politics, rather than economics. Resources flow to those with influence. Government-owned banks also tend to under-price risk in order to buy votes. If there is one lesson we should take away from the recent crisis, it is that when you intentionally under-price risk, bad things happen.

Anger at Wall Street is well founded. But you have plenty of options besides Wall Street. Colorado has 96 independent community banks and 91 credit unions. That’s not to mention growing alternative sources like peer-to-peer lending and crowdfunding. Borrowers and savers have lots to choose from, with the emphasis on choice. There’s no good reason to force these institutions to compete with a state-owned “political” bank.

Mark A. Calabria, a former senior aide to the Senate Committee on Banking, Housing and Urban Development, is the director of financial regulation studies at the Cato Institute.